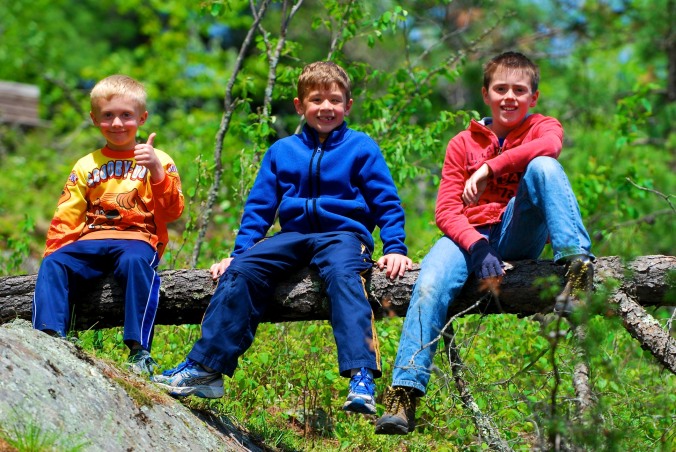 Go green! Everyone has heard the slogan. Even my tween son knows the term, and better yet, he understands it. When his classroom was in charge of “Earth Day Celebration” ideas at his elementary school, he proudly organized a pick up trash hour in our neighborhood (with his mother leading the expedition, of course). It was a great lesson, and I hope that my son and his class will think twice about littering because of that experience.

It’s not such a far-fetched notion. Just ask Kirsen Kinzler, director of the Natural Science Academy in St. Paul Park. “Science is all around us, and it’s how we understand our environment,” stresses Kinzler. “When kids say they aren’t that good at reading…they still have to read. When kids say they aren’t good at science, well, the science is all around them. It’s how they are going to understand their environment, and it’s what happens in our world. Children need more of that in their background.”

The Natural Science Academy is a local environmentally focused charter school that opened in 2007 in Woodbury with an enrollment at 38 students. The school re-located to St. Paul Park after two years, and student enrollment holds steady at 55. “We’re a small community,” explains Kinzler, “so our biggest challenge is letting folks know that we’re here.”

Science, science, science is the name of the game at the Natural Science Academy. Kinzler says in other schools, children are lucky to be able to explore the topic once a week. “We do science every day, at least 45 minutes or more,” she explains. “In our school, that’s the focus. Biology science, earth science, and natural science.”

When I tagged along during one particular class, the second and third graders were heading to the outdoor classroom to play a game that involved wolves and rabbits and deer. No, not real animals. Each child was issued a tag for their coat that labeled them as Deer, Wolf, or Rabbit. As the teacher was explaining the class activity—“do wolves always catch prey the they are after?” I noticed a group of boys already fist bumping that they were “wolves”—the top of the food chain in this game. The “wolves” were to hunt the deer and the rabbits; they could catch a deer with two hands, and rabbits with one. When the teacher blew the whistle, I’ve never seen so many “animals” scatter so fast.

“They know how hard it is for wolves to catch their prey,” says teacher Laura Ferguson, “and we are talking more about wolves for the next week. They’ll also learn about what happens if wolves don’t get their prey, and what happens if something happens to their habitat.” When I was leaving, I noticed the pack of boy-wolves looking a little disgruntled; hunting turned out be harder then they thought, perhaps. No more fist bumps for these wolves. Nature is tough.

A quick look into the kindergarten room (otherwise known as “the owls”) showed that the class was learning about different animal tracks. When the teacher asked how the bunny track was made, one enthusiastic little boy jumped up and began hopping around the classroom. Soon, the entire classroom was putting on coats to find and view real tracks outside.

You won’t find these kids looking out the school windows longingly. Their classroom is outside a lot of the time. “We go outside at least one hour a day: it’s part of the classroom,” says Kinzler, “and on top of that, we go outside for reading, or journaling.” She says a new feature for this school session is their official “outdoor classroom space,” which includes paths, shelters, and gardens. The kids will help with the upkeep during the changing seasons.

The little green school idea is something more schools should consider, but if it isn’t an option, perhaps other “green” actions can be incorporated. How about encouraging your child to join a green-focused club or committee? If your child’s school doesn’t have one, how about starting rallying the troops in a parent-volunteer effort around an issue such as recycling or composting food waste in the cafeteria? Your child can also volunteer with the building operations, such as helping with the recycling or trash pickup around the school. Another option is consulting with the teacher. It may take a bit of creative thinking, but to repeat what Kirsen Kinzler said earlier: “Science is all around us.” So how can that be incorporated into everyday teaching? In art—could it be using eco-friendly art materials or employing a focus on recycling paper through a collage project?

Or what if it’s just you, making a difference with your children? If they have to give a speech in school, for example, could it be on a topic related to the environment? What about when they need to write an essay of their choice? How can you direct your child to incorporate a little green school into the schoolwork he or she does?

For older kids, taking on a service learning internship can be ideal. The Twin Cities area has a wealth of nature centers and arboretums. In our backyard in Lino Lakes, there’s the Wargo Nature Center, which my son is already interested in contacting for some hands-on experience.

“I just see what the outdoors does for kids,” says Kinzler, “and getting them out and into those experiences. Those are the things that they remember. They need to be literate and know their math, and be successful and get jobs…but it’s just adding that other piece in. It helps them to know where they come from, and what’s around Minnesota. Our state is great for that, because we have all the seasons and different sports. Those are some of the best experiences.”